Pets are considered property pursuant to family law in Ontario.  As wrong as it may seem for many who consider their pets to be members of the family, the unfortunate reality remains.  Pets are not treated as children by the court and the laws and rules regarding custody and access of a child simply do not apply to domestic animals, regardless of how much they are loved and cared for.  While acknowledging that:

the Ontario court has found that pets are not children.

Having said that, the family court in Ontario can deal with claims made in relation to pets; however, any order in respect of possession or custody of a dog, cat or other pet can only be made as an asset.  The starting point is ownership.  This may involve questions such as who purchased the dog or who adopted the dog?  Was the cat a gift to one party or both?  Beyond questions of initial ownership, a pet can also become or be considered a family asset that is to be shared despite the fact that one party technically owns the animal.

Of course, any pet is different than many other forms of property, in that a pet does not readily lend itself to physical division.  A pet could be sold with the proceeds to be divided; however, that is unlikely to be something that either party would want.  While the court has and could make an order that a pet be shared as property, the court has also found that no court should be in the business of making custody orders for pets, disguised or otherwise.  If not through the court, how can parties make reasonable arrangements for their beloved pets?  One option is to negotiate a written agreement.  Another option is to agree to submit any issues regarding family pets to an arbitrator who is empowered to make decisions by the parties.  Regardless of the route taken, it is clear that this is an important issue for many separating spouses as well as children of the relationship.

As every pet parent knows, pets can be fun, therapeutic and provide unconditional love.  They can be a source of strength, stability and support for separated spouses but also for children.  A pet can help a child or children through the difficult transition from living with both parents to sharing time between two homes.  As such, one alternative is to agree to have a family pet or pets accompany the child or children in accordance with the parenting schedule.  This is only one option for consideration and there are many more to consider depending on the individual circumstances of any case.

As with most family issues, pets are much more important to some than others.  From a personal perspective family, even non-conventional family, is family.  Although pets are not treated as children in family law, they can be treated as such outside the courtroom. 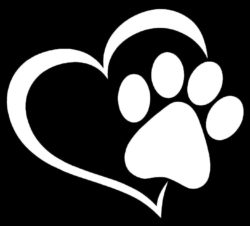